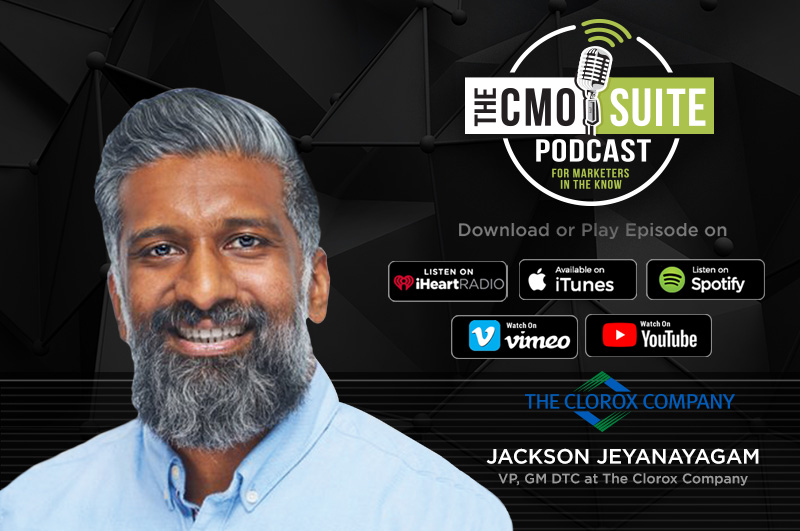 Jackson is currently Vice President and General Manager of the Nutranext Direct-to-Consumer business at The Clorox Company.

Prior to Clorox, Jackson was the Chief Marketing Officer for Boxed where he oversaw growth, performance media, brand, above the line, CRM & loyalty, creative, SEO, CSR, Communications, CX and trade marketing. In 2018, Jackson was named to the Forbes CMO Next 2018 list — identifying the 50 CMO’s redefining the role and shaping the future.

Previously, Jackson was Head of Digital for Chipotle responsible for leading all digital marketing efforts including mobile, social media, content, CRM, digital direct response and analytics. Before that Jackson was SVP, Digital at Taylor where he built and oversaw the digital marketing practice and supported a number of brands including Diageo, P&G, Jordan Brand, NASCAR and Starwood.

At Citizen Paine, Jackson led social media integration and influencer marketing for Old Spice as well as Dentyne, working closely with each brand team and their collective agencies to create and implement through the line campaigns.

Jackson started his career at Waggener Edstrom working with brands such as Microsoft and T-Mobile. There, he helped manage the launch of several high-profile products, including the first Android-based phone and all of the T-Mobile Sidekick products.

Personally, Jackson has served on the Board of Directors for the University of Oregon Alumni Association as well as the Arts & Business Council of New York. He is currently on Advisory Boards for three startups: Dynamic Signal, Paybear and Miles.