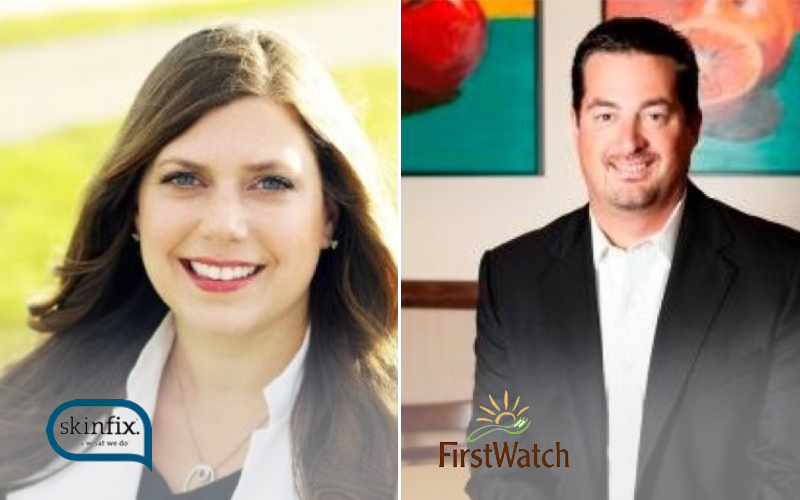 Dana joined the new SkinFix executive team as Chief Marketing Officr in May of 2018. Previously, she had worked at Vogue International as CMO and developed the global marketing vision and strategy for several brands under their portfolio – namely OGX and Maui Moisture. She was a key member of the management team that led the sales process of Vogue International to Johnson & Johnson in 2016 for $3.3 billion. She has worked in CPG Brand Strategy and Marketing for the past seventeen years with a focus in beauty and was awared the 2017 Top Talent Award by the Cosmetic Executive Women’s Organization.

Chris first joined First Watch in 2006 as its first Chief marketing Officer when the company had only about 60 restaurants in 9 states. N 2015, he was named President and took on additional responsibilities including overseeing all aspects of the company’s operations while also joining the company’s Board of Directors. Prior to First Watch, Tomasso served as VP of Marketing for Cracker Barrel Old Country Store and also previously held a VP of Worldwide Marketing title for Hard Rock Café International. In 2018, he took on an additional role as CEO of First Watch.