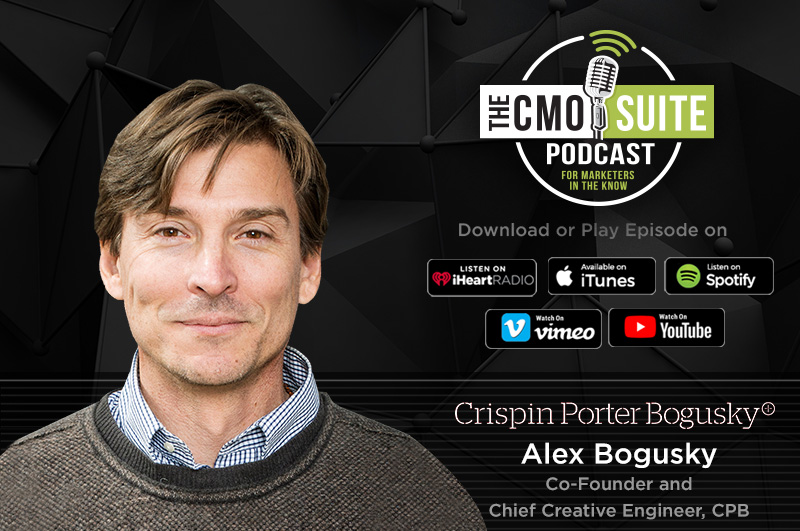 Alex Bogusky’s career in advertising began over 20 years ago when he joined a 16-person ad agency called Crispin & Porter. Under Alex’s direction, CPB grew to more than 1,000 employees with offices in Miami, Boulder, Los Angeles, London and Sweden, and with annual billings over $1 billion. During Alex’s leadership, CPB became the world’s most awarded advertising agency, and in 2010, Alex received the rare honor of being named “Creative Director of the Decade” by Adweek magazine.

After leaving CPB in 2010, Alex focused on being an entrepreneur, designer and investor. Along with his wife, Ana, he launched COMMON, a community for accelerating social ventures, and advertising agencies Made and Humanaut. As an advisor and angel investor, he has worked with dozens of start-ups, including Lyft and SpotX, and founded Batshit Crazy Ventures, an early-stage venture capital fund.

Always drawn to social responsibility, Alex created groundbreaking initiatives such as the “Truth” campaign, which was named the most successful social advertising campaign in U.S. history. His work with Vice President Al Gore debunked the notion of “clean coal.” And in 2011, Alex rebranded The Climate Reality Project and launched 24 Hours of Reality – the most highly viewed streaming web event to date.

In mid-2018, Alex returned to CPB as Co-Founder and Chief Creative Engineer, where he leads in all aspects of the agency, including creative direction, innovation, strategy and talent.